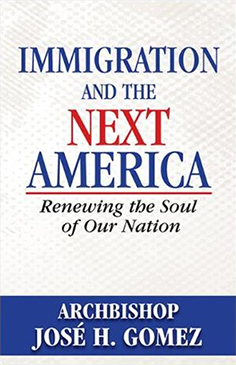 Immigration and the Next America

In this book, Archbishop Gomez makes a personal, passionate and practical contribution to the national debate over immigration — pointing the way toward a recovery of America’s highest ideals. He writes as an immigrant, a naturalized American citizen and as a pastor. For him immigration is about people and families and the duties of our common humanity. As he writes in his introduction: “Immigration is a human rights test of our generation. It’s also a defining historical moment for America. The meaning of this hour is that we need to renew our country in the image of her founding promises of universal rights rooted in God. Immigration is about more than immigration. It’s about renewing the soul of America.” 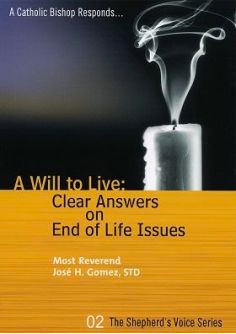 A Will to Live: Clear Answer on End of Life Issues

This book is a pastoral highly practical, “question and answer” guide to the fundamental moral and media issues surrounding death and end-of-life care. Archbishop Gomez writes from a deep knowledge of the Church’s moral tradition and with a pastor’s sensitivity to the concerns and emotions of patients and their families and caregivers. And he writes from his own experience of the ministering to his mother during a long illness. “I have assisted many Catholics, young and old, on their deathbeds — administering the final sacraments to them,” he writes. “My mother suffered from Alzheimer’s disease for almost a decade. I saw how the mental faculties of the person that so lovingly nurtured me diminished before my own eyes. Yet, the person that I embraced at her deathbed was still the same one that embraced me countless times during my life.” 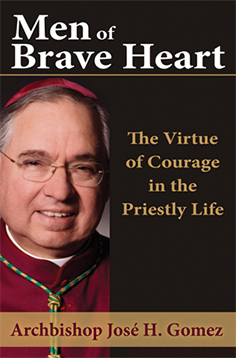 A beautiful, inspiring vision of priestly life — drawn from the witness of saints and martyrs and the spiritual masters of the Catholic tradition, this is a book for seminarians, priests and anyone seeking to discern the mystery of the priesthood in God’s plan. Archbishop Gomez writes: "What distinguishes the priest always is his heart. The priest has a special heart — the heart of a disciple and a missionary; a heart that longs to share the joy of Jesus Christ with his brothers and sisters. Men do not come to the priesthood because they have calculated that it will be a good professional move. They do not come for the money or even the opportunity to do useful and interesting work. They come because they are compelled to come, because they have heard a call. Like Abraham and Mary. Like James and John and all the Twelve apostles. … To heed such a call, a call that comes personally from the living God, a man needs a generous heart. To live out that call over the course of a lifetime, to give himself totally to God, a man needs a brave heart. Nothing human is alien to the priest. He sees it all. Every parish is a microcosm, a miniature world in which countless human dramas and dreams play out. The priest walks with his people as they are born and as they die; he is with them in times of joy and times of sorrow; in sickness and suffering, in health and happiness."

Take a look at his study guide. Below also find his reflection on what these priorities mean to him.

The Love That Made Mother Teresa, by David Scott (Sophia, 2016)

Fire from Above: Christian Contemplation and Mystical Wisdom, by Anthony Lilles (Sophia, 2016)

What Did Jesus Ask: Christian Leaders Reflect on His Questions of Faith, ed. Elizabeth Dias (Time, 2015)

The Heart of the Diaconate, by Deacon James Keating (Paulist, 2015)

The Feasts: How the Church Year Forms Us as Catholics, by Cardinal Donald Wuerl and Mike Aquilina (Image, 2014)

For Greater Glory: The True Story of Cristiada, The Cristero War and Mexico’s Struggle for Religious Freedom, by Ruben Quezada (Ignatius, 2012)